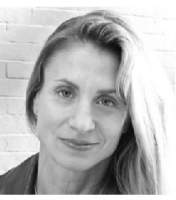 There have been two deaths of friends in recent years that have completely devastated me. The first was on 9/11 when Bob Speisman died on the plane that crashed into the Pentagon. This story is about the second.

About a year ago, I was on a second date with a woman who I’d only go out on a handful more dates with, and after a romantic dinner in the Village, we went to a party that two of her friends were throwing nearby. It was a beautiful summer evening and her friends owned a penthouse apartment with a roof deck, and everybody there was very chill. Now I’m not usually all that comfortable in this type of social situation, but for whatever reason (read: lots of wine), I was feeling no pain and actually enjoying myself.

I drunkenly roamed from one group of people (they all worked for Microsoft) to another (the requisite magazine folks) when I overheard a woman say something about Shelter Island.

“I have a good friend who has a place on Shelter Island,” I said, interrupting her conversation. “Her name is Rynn Williams!”

“You knew Rynn?” she asked.

No sooner were those words out of her mouth than I felt sick to my stomach. She gently explained that Rynn had committed suicide about two years ago. And that she had left behind three young children. And that she had led a complicated and tumultuous life.

The troubled person this woman was describing was nothing like the person I had known. Rynn and I worked together at a trade magazine for the children’s apparel business almost 25 years ago and we became fast friends. She was young, beautiful, sarcastic, and a budding poet. Need I say more? We just clicked in that way that some people do, as if we had known each other from another lifetime.

I remember going out for long lunches with her and sharing the gory details of our lives over Chinese food. I had just recovered from a bout of testicular cancer and she relentlessly made “ball” jokes that made me love her even more. And then she’d talk about how much she loved Stephen, who she would soon marry. We had our entire lives completely mapped out in front of us.

So much so that we wound up losing touch a few years afterward, and to be honest, I can’t even recall how or why, other than the usual way things like this seem to go. But I always assumed she was happy and doing well.

When I got home from the party that evening, I immediately googled Rynn to see if I could find more information about her death and clicked on a link to her obituary on the Times web site. The first thing that struck me was that she was 47 years old when she died. I also learned that she had become a fairly prominent poet and wrote a book that was well received. That was pretty much it.

Which led me to email Stephen, who (I had read in the obit), had since remarried and had taken their children to live with him and his wife. Stephen is a writer and it was easy to track him down. I knew I’d be intruding on his life and yet felt compelled to ask the obvious question: what happened?

The next day, I received the following email:

I felt a shock to get your letter. I’m on vacation in Vermont, a short weekend with my wife away from our kids. Woke up and read this and started crying.

Rynn committed suicide two years ago. She took a variety of pills in the bathtub of her home in Windsor Terrace. I have puzzled over her death ever since. All I know is that Rynn was deeply troubled. She had various demons eating at her — addictions, primarily and an eating disorder that had subsided when we married but returned and plagued her all these years.

She and I had three children together, Bolivia, Violet and Beckett, and when Beck was two she fell in love with someone and we divorced (of course, there was more to the divorce than just another person in the relationship — we weren’t getting along). After that we split custody of the kids, week by week, and both moved to Bklyn. She had a succession of partners, and apartments, and in the end was in a nice house her mother bought for her, with two dogs.

Her body was found July 15, 2009. The kids live with me and my wife and my stepdaughter in Carroll Gardens. We have a good home for them (the dogs came too), but of course, this has been a devastating experience for all of us. We are close with Rynn’s parents.

Anyway, I hope this helps.

I thanked Stephen for his quick and thoughtful reply and suggested that maybe we could get together for a beer sometime, and the beer turned into coffee and sometime became almost a year later – this morning.

Even though it had been decades since we last met, we both instantly recognized each other and fell into an easygoing conversation. Stephen is far more eloquent than I will ever be, and he graciously launched into the details of Rynn’s death. In fact, he said that I was the second person this week he had gotten together with to talk about it.

I told him how much I had loved and adored Rynn and he remembered us being good friends. “You knew her at her best,” he said, while sipping coffee. But just like the woman at the party, he went on to describe her eventual unraveling.

The thing that I couldn’t get my head around about Rynn’s suicide – and the thing that made me seek out Stephen in the first place – was that she had left behind three young children. No matter how bad things were, I just couldn’t imagine how she could do that to them. But after hearing Stephen talk about her years of struggle with various forms of mental illness, I got my answer. It all made a kind of heartbreaking sense.

After catching up on the rest of our lives (read: our respective divorces) and sharing photos of our children, we somehow got onto the subject of faith. He told me that he has been meditating for years and that that has helped him find some spiritual peace. I told him that’s exactly what I’m looking for.