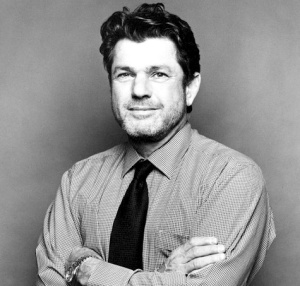 Jann Wenner haunts my dreams. Or at least inhabits them on a regular basis. Some have been quite pleasant like the one where I was sitting in his office and we both took off our shoes and put our feet up on his giant desk, laughing about who knows what. There have also been others where he’s yelling at me, and all I can remember the next morning is the sinking feeling in the pit of my stomach that I somehow let him down.

These dreams are always so vivid, like watching a movie of myself from a past life, and when I wake up from them, it takes a few seconds to reorient. I worked at Rolling Stone for more than a decade and left the magazine about five years ago, but not a month has gone by where I haven’t dreamt about Jann.

In my golden slumbers, I was sitting next to him in the back of the cab in Almost Famous. We’ve traded guitar licks at the Fillmore and have gotten high together backstage any number of times. He yells at me in about one out of every four dreams, which is far less than he ever did in real life when I worked for him. There’s a recurring one where I’m in his townhouse on the Upper West Side at a party and “Like a Rolling Stone” is playing in the background and he sings, “Larry, how does it feel? How does it feel?”

Some people believe that dreams are a message from God (insert Bono joke here) and I think you know me well enough by now to know that I’m not one of those crazy people, but this is still pretty fucked up, right? I told my friend Doug, who worked alongside me at RS, about my Jann dreams and he admitted to having them too!

“We wanted to please him so much,” Doug said. “It doesn’t take a genius to figure out that he was a father figure for us.”

Totally true. I had that whole love/fear/father/son-thing from A Bronx Tale going on with Jann and would do almost anything for him. I wanted and needed his approval, probably because I despised my own father, who was in and out of prison for most of his life.

And now that I think of it, I’ve never had a single dream about my dad.