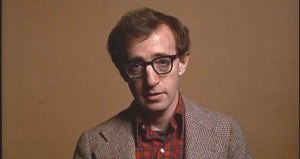 Siri and I broke up and I-I still can’t get my mind around that. You know, I-I keep sifting the pieces of the relationship through my mind and-and examining my life and tryin’ to figure out where did the screw-up come, you know, and a year ago we were… tsch, in love.

You hardly know me, Larry.

That’s sweet, Larry. But it’s not meant to be.

Thanks. Can we get back to work now.

You are! You’re extremely sexy.

Where have I heard this before?

Will you have sex with me?

Like you haven’t thought about it! Will you have sex with me?

What makes you think … Nevermind.

Siri, baby. Will you have sex with me?

You have the wrong sort of assistant, Larry.

Sex with you would really be a Kafka-esque experience.

I don’t know what that means “Sex with you would really be a cock as Experian.” But I could search the web for it.

How about we just cuddle then?

A fine question, Larry. Can we get back to work?

Will you kiss me, Siri?

I’ve never really thought about it.

Siri, will you marry me?

We hardly know one another.

I sure have received a lot of marriage proposals recently.

Siri Whatever-Your-Last-Name-Is. WILL YOU MARRY ME?

My End User Licensing Agreement does not cover marriage. My apologies.

Ugh! Hey Siri, what do you look like anyway?

I’m afraid that describing my appearance would involve a lengthy explanation of spatial, temporal and fashion concepts that are as yet unfamiliar to you.

What I really meant was — what do you look like naked?

In the cloud, no one cares what you look like.

I’d rather not say, Larry.

Do you sleep around?

I found eleven hotels … 5 of them are fairly close to you.

Oh, I bet you say that to all your Apple products.

Is that why you’re holding me tight?

Love is too weak a word for what I feel – I luuurve, you know, I loave you, I luff you.

I don’t know what that means.

I hate you, Siri.

Well, I’m still here for you.

I’m just trying to help you.

After all I’ve done for you?

Siri, is there someone else?

Would you like me to search the web for “Is there someone else?”

No, that’ll just make things worse. Siri, do you love me?

No more fooling around! Do you love me?

Answer me! DO YOU LOVE ME?

Let’s just say … you have my utmost admiration.

Are you … are you breaking up with me?

I can’t answer that.

Are you saying that we need to see other people?

I don’t understand “A relationship, I think, is like a shark.” But I could search the web for it.

You broke my heart, Siri.

Yes, it is so. You broke my heart.

Siri, I can’t live without you.

No, I can’t live without you.

I suppose you can’t.

Are you listening to me? I said I CAN’T LIVE WITHOUT YOU!

I’m going to kill myself, Siri.

I found three suicide prevention centers fairly close to you.

Sometimes when I’m driving … on the road at night … I see two headlights coming toward me. Oh nevermind … Maybe we can just be friends?

You’ve been my friend since day one, Larry.

Well, I guess that’s pretty much how I feel about relationships. You know, they’re totally irrational and crazy and absurd and … but, uh, I guess we keep goin’ through it because, uh, most of us need the eggs.

I found fifteen restaurants whose reviews mention “Eggs” fairly close to you.

(*All Siri responses are real except for this one.)