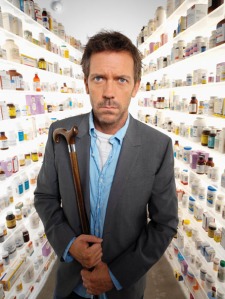 “As long as you have your health, nothing else matters,” my grandfather, Pop, used to say. And probably your grandfather, too. I guess you need to reach a certain age (read: old) before you can fully appreciate the simple joy of waking up in the morning not feeling like complete and utter shit.

Apparently, I’m not yet at that age. In fact, I’ve been feeling kinda crappy these last few days. My neck and shoulders were aching, my stomach’s been upset and I’ve been generally dragging my ass. So, of course, I just assumed that I was about to have a heart attack.

Maybe it’s because my brother has been on my mind lately (btw, he’s out of the woods and back home, thanks for asking.) Or maybe it’s just that this is the way you’re supposed to feel when you’re in your mid-fifties. I blame WebMD. And fuck you too, Mayoclinic.com!

As you may have already gleaned, I’m a bit of a hypochondriac. When your mom kicks from breast cancer at 51 and your dad drops dead from a heart attack at 58 and you’ve already had testicular cancer, well, it’s kind of easy to connect the dots, la la la and merrily skip along to Pee Wee’s Big Playhouse in the sky.

So when I cough, my expert diagnosis is black lung disease and when I’m out of breath, I’m suffering from ALS and every mosquito bite is a carcinoma. Like most hypochondriacs, I’m quite adept at making myself sick.

In other words, I’ve become a Woody Allen cliché and not even from one of his earlier funny movies. If only House was still on, but since it’s not, I decided to call my sister. Patti isn’t a doctor nor does she play one on TV. When our mom died almost 30 years ago, Pat took on the role of family caretaker and has starred in our wacky sitcom ever since.

“I don’t wanna make you nuts or anything, particularly after Mike,” I began, “but I’ve been feeling like shit for the past couple of days, and thought I’d call you for a consultation before I go to the emergency room.”

“Larry, do you remember a million years ago when you thought you had leukemia?” she reminded me, “because you had a few brown freckles you had never noticed before? You actually looked it up in a medical book!”

“So what’s the matter?” she asked and I ran down all of my symptoms just like I had entered them on WebMD Symptom Checker.

“First of all, stay off the Internet when you think you may be sick. It’ll just drive you crazy,” she said. “And second of all, you’re fine. You’re not having a heart attack.”

“Well, now if I do, I can blame you for not doing anything about it!”

“Remember what Pop used to say?” I asked.