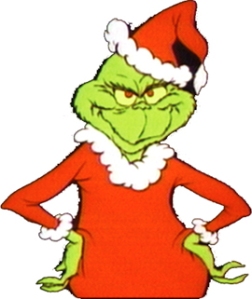 Who lived right next to Carlat-ville,

For no rhyme or reason.

With respect to the timing, it’s a holiday lesion.

His prostate may not have been screwed on all that tight.

Or it could be, perhaps, that his dick was too slight.

But I think that the most likely reason of all,

Was that cancer was a total asshole and inexplicably hated Larry’s remaining ball.

His dick or his ball,

It thought and connived, a black heart filled with hate,

“How can I torture this schmuck? Why, I’ll just make him wait!”

The only thing worse than ending up dead,

Was the pain and the suffering inside his own head.

Cancer knew that this would be it – no ifs ands or buts,

So Larry went and did the biopsy thing,

His ex-wife went with him to salve any sting.

When the doc knocked him out, he began to snooze,

When he awoke, the doc said he had spotted a lesion,

Larry had heard this same rap so wasn’t relieved.

The Big C was lurking — it was what he believed!

He thought about his string of really bad luck,

And how he might piss his pants and be unable to fuck,

He wouldn’t get results for at least a whole week,

And that was the news that made Larry freak!

“I know just what to do!” Larry cried in his throat.

And he blubbered and sniffed, “Before I shoot my wad,”

“I’ll go to heaven and talk with stupidhead God.”

When Larry met the Big Man at the pearly gate,

God laughed and said, “It must really suck to wait.”

“You don’t have cancer, Lar. Or maybe you might.”

“But if you stop wasting time, you’re gonna be all right!”

And what happened next?

Well, you know the deal,

When Larry came home, there was snow in the air,

He knew that from cancer there was nothing to fear.

He thought of friends, family and then up above,

And knew these were the people, the people he loved.